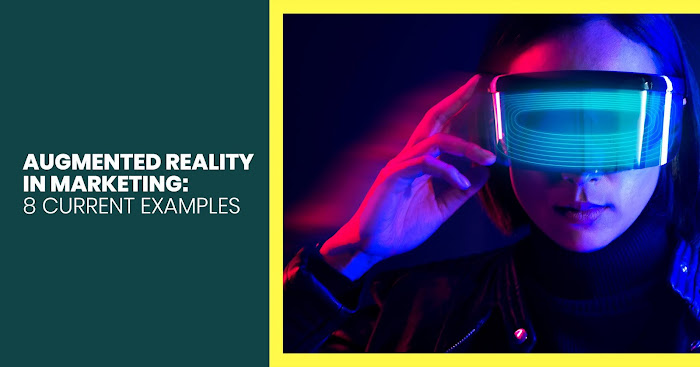 Even though it’s relatively new, AR has the potential to outperform print, web, and television ads in terms of shock-factor for a long time to come.

People will stop and look at AR-inspired experiences right now, regardless of the overall quality of the ad. If you want to wow your audience, you’ll need to develop more intelligent campaigns as firms increasingly incorporate AR into their marketing efforts and as AR technology becomes more commonplace in everyday life. AR will eventually become widespread, making it more difficult to compete.

We’ll take a look at eight firms that are using augmented reality in creative and inspirational ways. For those of you looking for inspiration, these examples should serve as a good starting point.

An AR-enabled London bus shelter was placed by Pepsi in 2014 to provide the illusion of UFOs and other flying saucer-like objects heading directly for Londoners.

They were able to reflect Pepsi’s fun attitude and create an unforgettable experience for those that attended. This led to more than six million views for a YouTube video showing the technology in action on the bus shelter.

Ar may be effective when a firm knows its target well. However, Pepsi relied on their consumers’ appreciation of the strange experience and spontaneous sharing of the tale with others to create buzz around their brand.

Timberland created a virtual fitting room in Moktow Gallery in 2014 to make things easier and more comfortable for customers. Timberland’s virtual fitting room used Kinect motion-sensing technology to show consumers a picture of their face and a similar-sized model body in several clothes.

Consider how you might help your consumers avoid a time-consuming procedure if you want to employ augmented reality. When it comes to fitting rooms, Timberland stands out as an innovative brand by providing a fun and functional alternative.

How can you know whether you’ll truly enjoy the yellow paint that appears gorgeous online, but could be too bright in your bathroom? Decorating a house isn’t simple. How would you feel if the coffee table you ordered doesn’t fit in your living room as you had hoped?

With its Project Color app, which employs patent technology to show customers what paint color would appear like in their house, Home Depot launched a new product in 2015. You can see how the yellow hue will seem in real life thanks to AR technology that takes into consideration the lighting, objects, and shadows in the space. Images from the app may also be shared on social media to receive a second perspective.

In 2017, House Depot took it a step further — today, you can use their app to see how patio furniture, faucets, and other goods appear in your home before purchasing them.

There are other home furnishings stores that are using AR to generate value for their customers, such as Lowe’s and Ikea.

In-store testing is the only way to determine if you like the lip color or foundation coverage.

With ModiFace’s help, Sephora has built an augmented reality experience called the Virtual Artist App to allow Sephora app users to preview how cosmetic items would appear on their faces via their phone’s camera before purchasing them. To apply a product, users can also find out what equipment or items they’ll need to use.

Taco Bell’s new Doritos taco shell and augmented-reality packaging are the two main reasons to visit a Taco Bell in 2012.

For their Doritos shell promotion, Taco Bell put an AR feature on every Locos Tacos box and drink cup. User’s phones displayed product-related Twitter and Facebook material after scanning the box with the Taco Bell app.

Using augmented reality, Taco Bell was able to create a deeper feeling of community among their customers by linking them with live social media material. As a significant innovator in the fast-food business, they positioned their brand as a prominent participant in the market.

Communication at the right time and place is essential to a successful marketing plan. Even more so with the advent of augmented reality (AR).

After realizing that their audience is more interested in future movie trailers when they’re at the movies, AMC Theaters decided to integrate AR technology into their AMC app. On their phone, a user may launch the AMC app and scan a movie poster to obtain pertinent information, such as the cast and trailer for the film.

The user may also purchase a ticket within the app if they are interested in the movie after scanning the barcode.

A stadium seat’s price can be determined by how much you’re prepared to pay for augmented reality.

Super Bowl LII ticket holders may view a virtual 3D model of the stadium, as well as surrounding parking garages and refreshment stalls, by using StubHub’s AR function on their smartphone app. Buyers were thus able to picture their entire experience before making a purchase, which reduced the danger of spending too much for an inferior seat.

Season two of Netflix’s Stranger Things is being promoted using AR/VR Snapchat lenses. While strolling through a Demigorgon-infested house, users might capture films of themselves using a lens like that shown in the video below.

Additionally, Netflix has used augmented reality (AR) filters to advertise its programming in addition to this immersive lens. You can see several examples of applications like Facebook and Snapchat in the video below.

Marketers may learn from how these businesses creatively integrated AR into their content marketing strategy even if they don’t have access to the technology yet.

Future marketers in businesses of all sizes could have more possibilities to incorporate technology as the media environment evolves and technology advances. This requires them to think imaginatively and innovatively about how they spend their money. You can clearly see there’s a high demand for augmented reality experts in the current scenario. Enroll in augmented reality courses and get started because being a Certified Augmented Reality Developer will automatically give you credibility and an edge over others in the job market.

How to start your own webcam business in using xCams Software

A Quick Guide On Preparation To Edit Video

No comments to show.

How to Start an Online Stripclub Business

How to start your own webcam business in using xCams Software

What is your Preferred Platform for Gold Investment?

How To Market Your Online Courses